Meet our clerks AND RAPPORTEURS 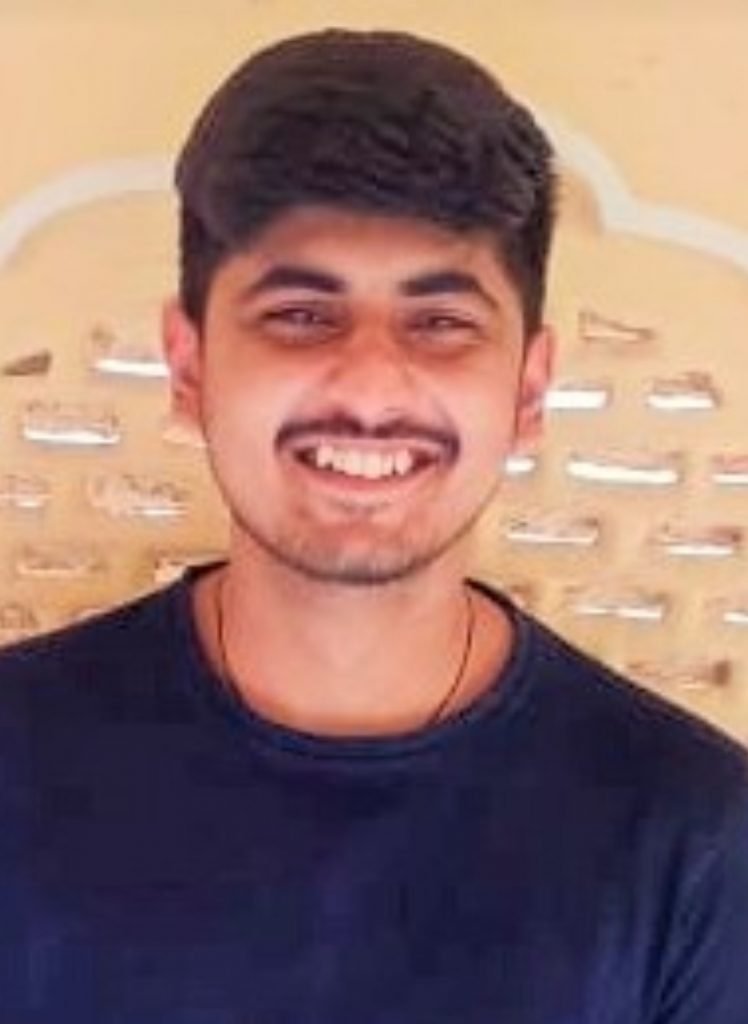 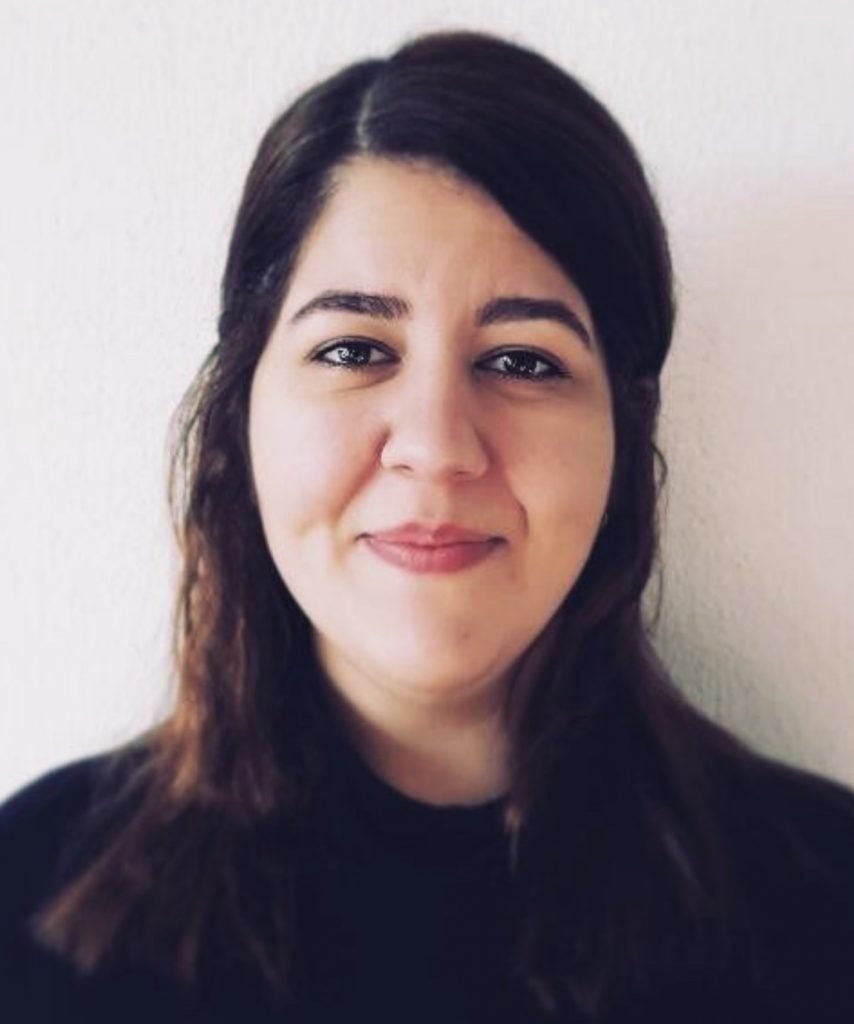 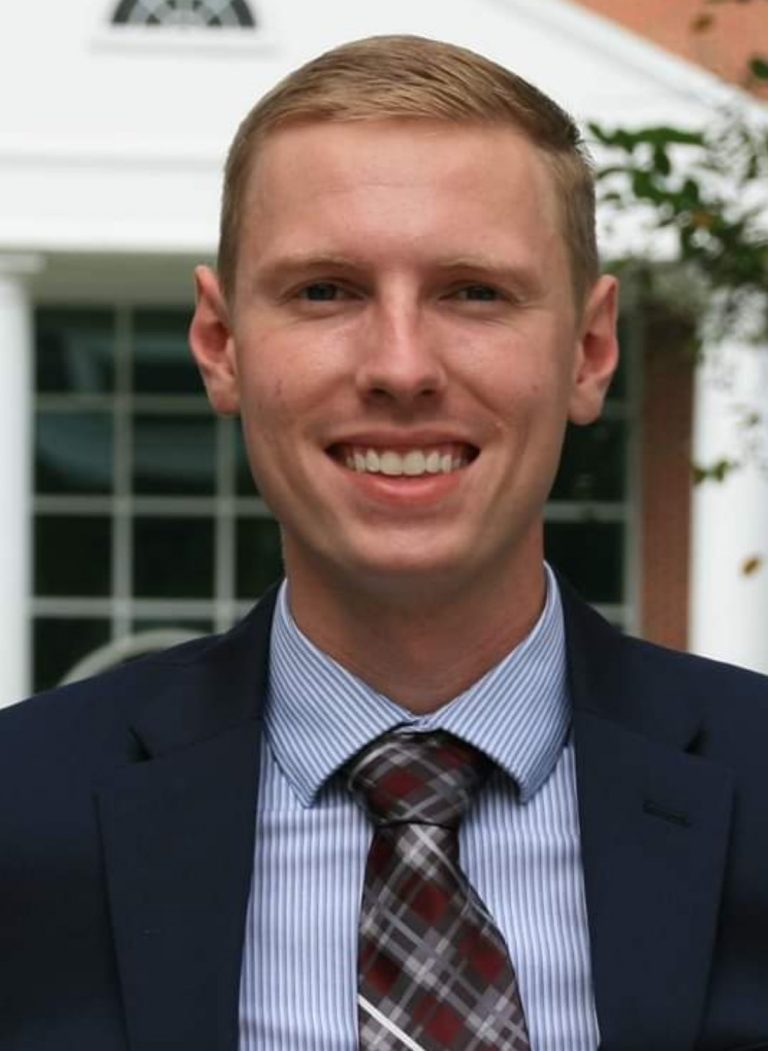 Joey graduated from the University of Virginia with a B.A. in History and Foreign Affairs in 2019, and earned his J.D. from Florida State University College of Law in 2022. A space enthusiast since the age of 6, he always knew he wanted to do something in the field. In law school, apart from his internship with the Space Court Foundation, he served as President of the Aviation and Space Law Society and competed in the 2022 Manfred Lachs Moot Court Competition. Joey currently works as an attorney in the field of construction and business litigation out of Orlando, Florida. 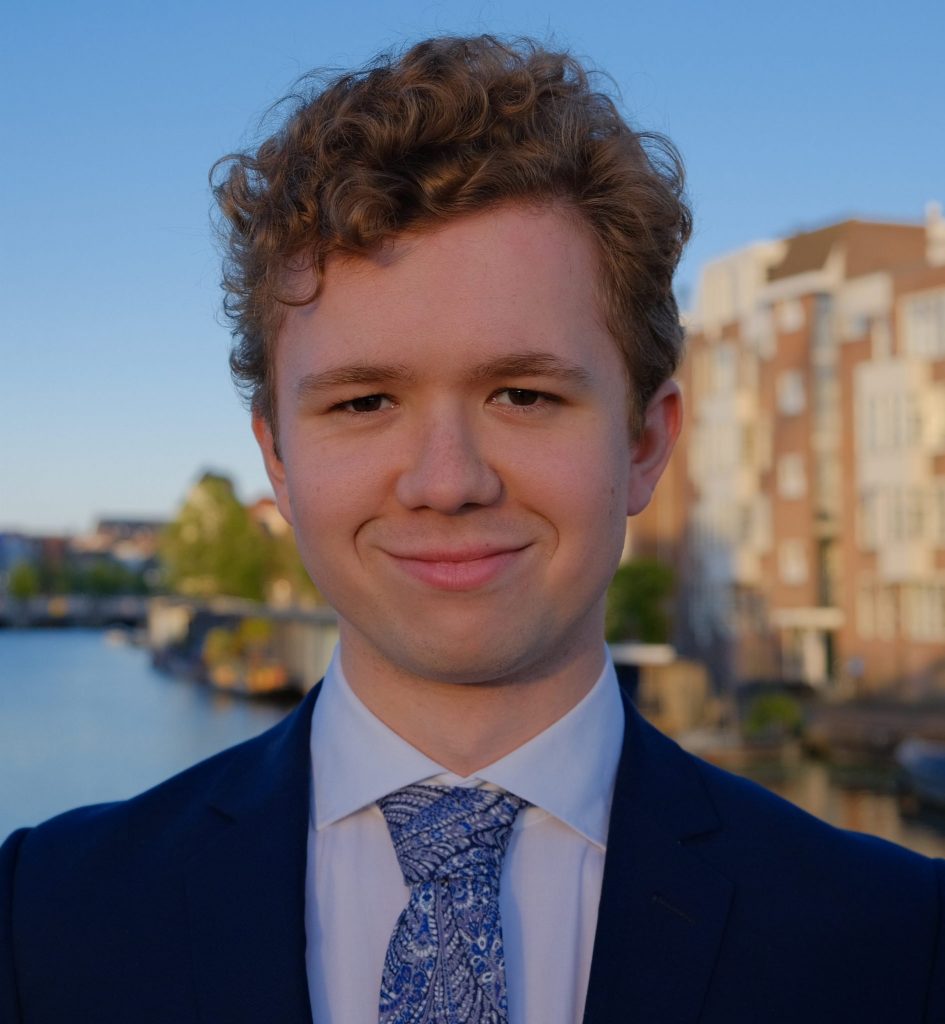 CHARLIE JP BENNETT
Charlie JP Bennett is a British national, and permanent Dutch resident. He has graduated with two LL.Ms in ‘Public International Law’ and ‘European Law’ from Leiden University in the Netherlands, and seeks to enter legal practice in the field of international dispute resolution. To that end – and in light of his intense interest in all things space; since he almost became a physicist – he wrote his first LL.M thesis on the contemporary dispute resolution framework of space law. He looks to expand upon and develop knowledge of this area at the Space Court Foundation, which has thankfully not lost sight of the fundamental principles upon which the first space treaties were written; which risk being set aside in light of current developments. Aside from this endeavour, he also works in legal research at the TMC Asser institute in The Hague. 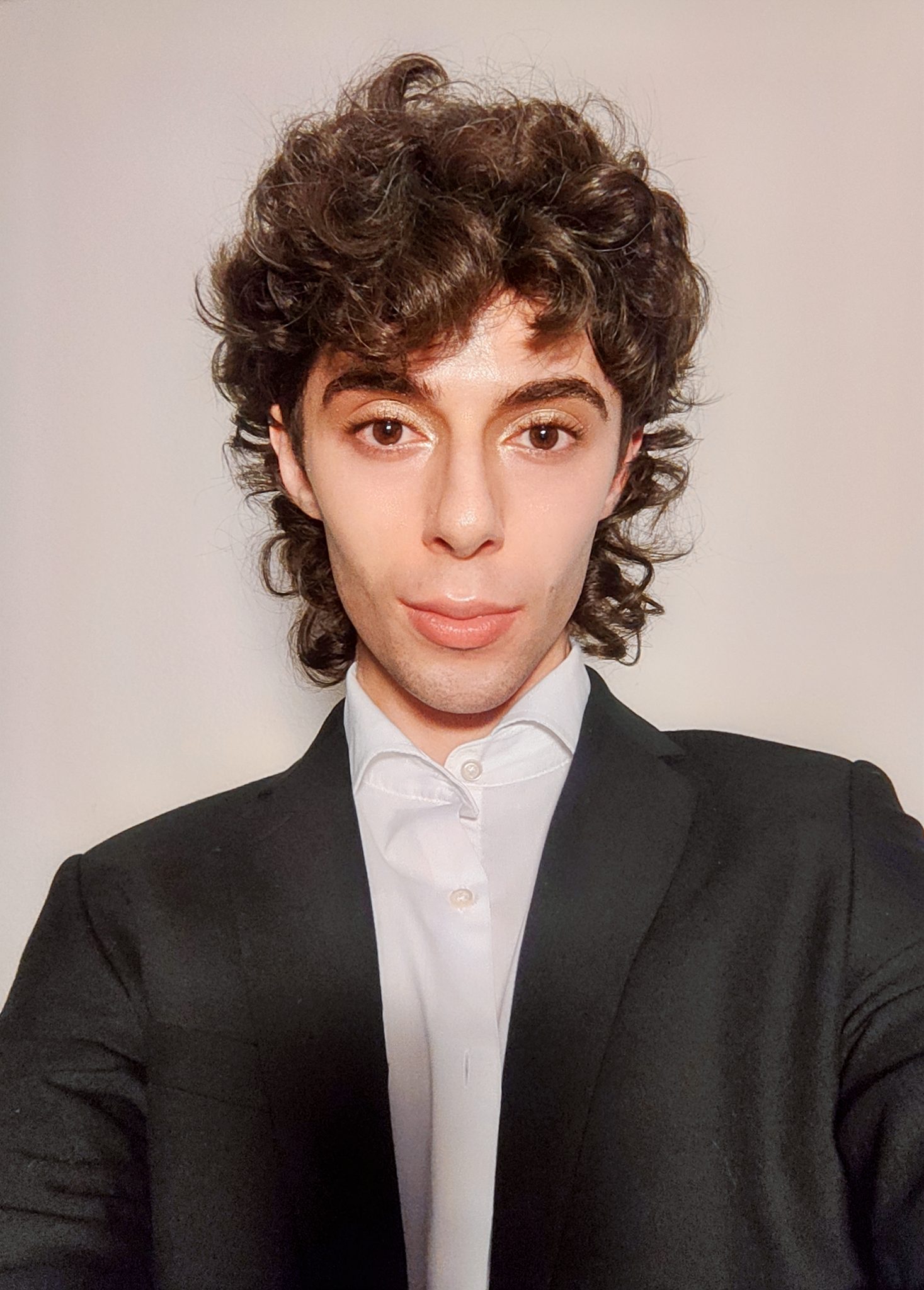 Raoul Cardellini (he/him, they/them) is a half Italian and Half German Law graduate. They pursued a Master of Laws at the University of Perugia (Italy): during their studies they undertook a semester at the KU Leuven (Belgium) for the purpose of taking exams and attending classes, as well as seven months at the Freie Universität Berlin (Germany) for the purpose of doing research for their Master’s Thesis.

Their thesis, drafted and defended in English, was a comparative analysis of the utilization and spread of the proportionality principle as well as the balancing technique as adopted by the ECJ, the ECtHR, by the United States, Germany, and Italy and their respective Courts.

They are currently pursuing a second Master’s degree in “European Legal Integration and Human Rights” while being a Legal Trainee in Berlin, after which they intend on further specializing in Space Law. They discovered a passion for Space Law back in 2021, and have been trying to hone their skills and legal knowledge so as to pursue a career in this field. 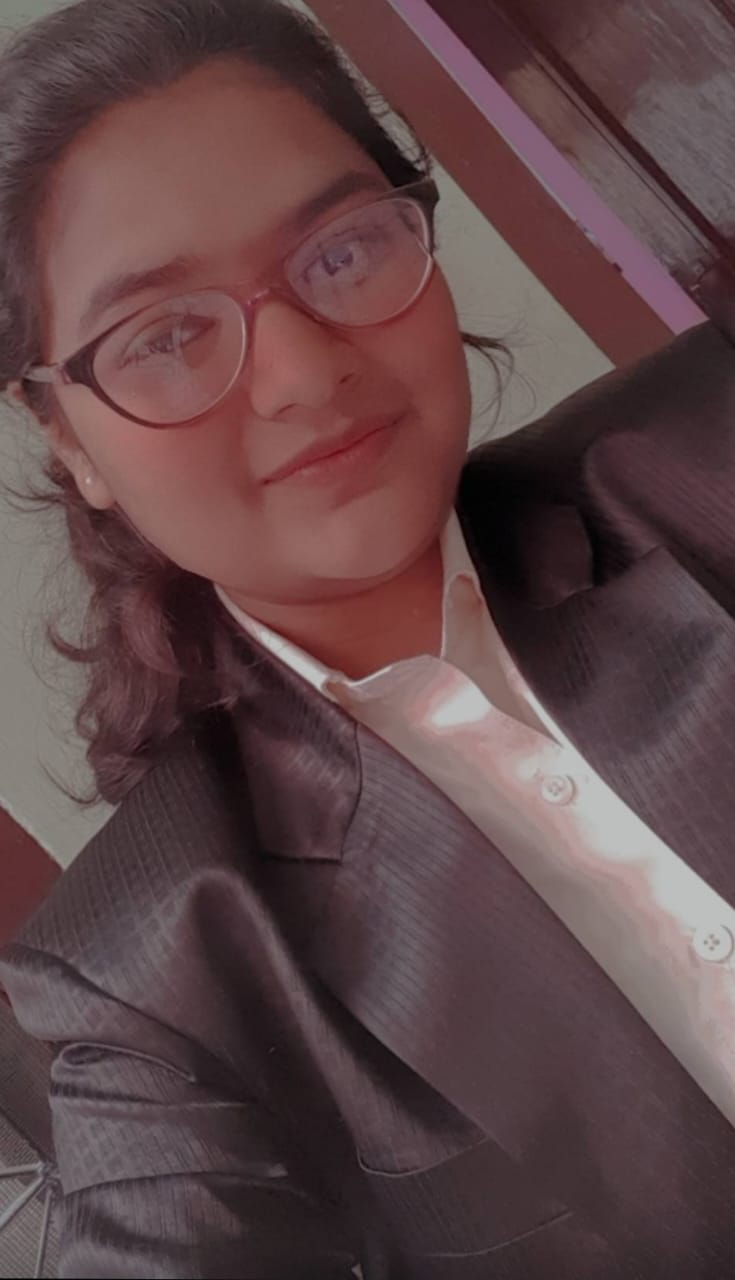 Anubha Gupta is from India and is currently pursuing her BBA/LLB from Guru Gobind Singh Indraprastha University (GGSIPU), Delhi 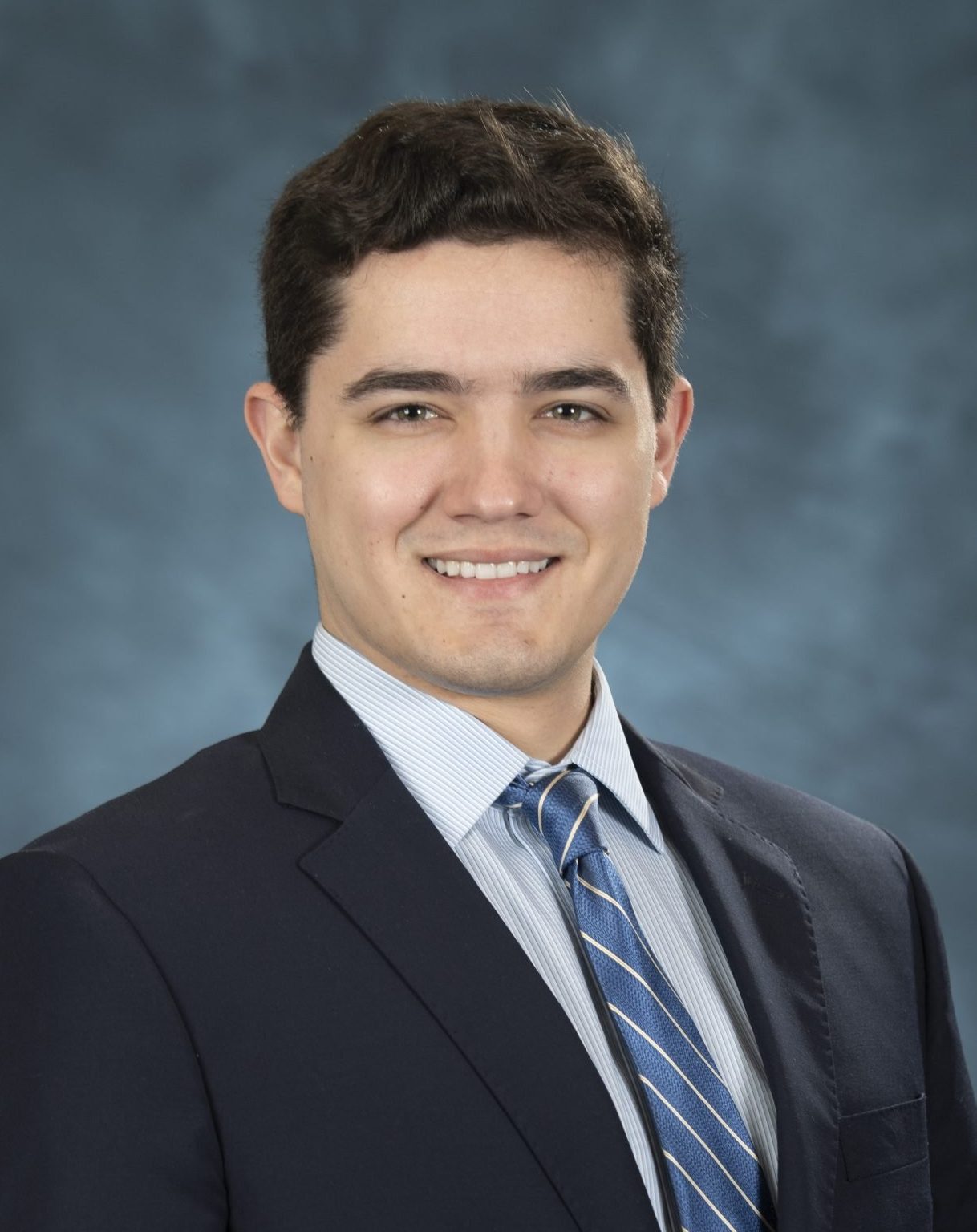 Heath Hoeffner is originally from Georgia, USA and has been a space lover and enthusiast ever since his parents put glow in the dark stars and planets on his ceiling when he was 4 years old. He completed his undergrad education at Georgia College and State University where he completed his dual major of History and Political Science and received Bachelors Degrees for both in 2021. He is a current second year law student at the University of Mississippi School of Law where he studies Air and Space Law and seeks to complete his LLM in Space Law at the same institution upon graduating. He is passionate about the preservation of human heritage sites in space and helps the organization For All Moonkind with research related activities when possible. He is passionate that the future of the human race lies in space and wants to be part of the generation that helps make that future a reality. His out of work hobbies include reading sci fi and fantasy novels, using his telescope, and playing Dungeons and Dragons. 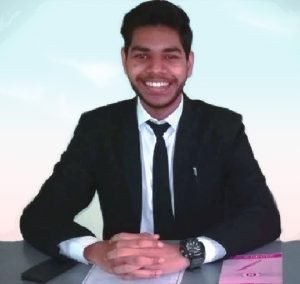 Ayush Khandelwal is a law graduate from National Law University, Nagpur. He is currently pursuing his LLM in Air and Space Law (Thesis) from McGill University, Montreal, Canada. He was a mentee under Maruska Strah, the executive director of World Space week Association under the UNOOSA’s Space4women programme. His current research interests are in the diversified areas of International Law, specifically air and space law. He is currently working towards pursuing a career in Space law with a goal to pursue a doctoral degree in the area.

DOĞA KALE
Doğa Kale graduated from Ankara University Faculty of Law in 2022 and is currently doing her legal internship at the Istanbul Bar Association in Turkey. Her working areas include cryptocurrency exchanges, start-up investments, acquisitions, capital markets, and investment funds. She is also CEO Office at LawPodcast Media which produces global podcast content focused on law. The elective courses she took on International Aspects of Aviation Law at the college led her to research Space Law. She believes that the exploration and freedom of use of outer space without discrimination between States will provide a solution to many of the problems that have a devastating effect on Earth including the goals of Sustainability. She also thinks that a comprehensive legal framework should be created to achieve this target. In addition to her legal education, she completed courses on Entrepreneurship, Industry 4.0, and Big Data. 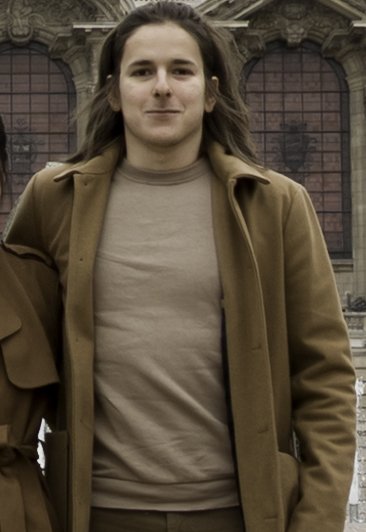 Robert Kresánek is a Slovak student of International Relations at the Rhein-Waal University in Germany. He is passionate about public international law and specifically as it relates to space and human rights. Currently, he is working on a thesis which discusses a conflict between the two. 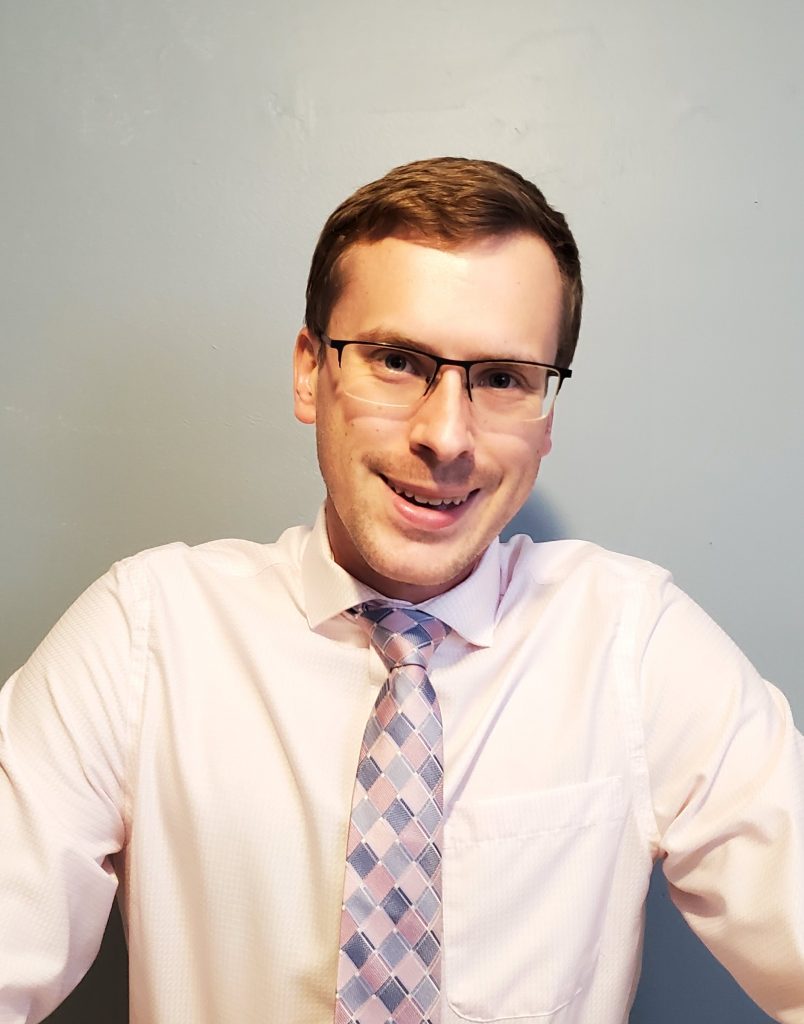 Justin Lindsay is a current student at the University of Pittsburgh Law School in Pittsburgh, Pennsylvania. Having attained a BS in History from Drexel University, he served in the United States Army for ten years. During this time he obtained an MA in Interdisciplinary Studies, combining International Relations and Statistics. At Pitt, Justin is pursuing a certificate in International and Comparative Law with a concentration in Civil Litigation. Justin’s fascination with space began when his parents got him his first telescope at age six, and on any clear night he can still be found scanning the sky. He hopes to apply his knowledge to dispute resolution and to the sustainable development of celestial objects. 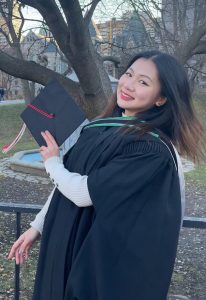 Conghui Liu graduated in Air and Space Law, Master’s Degree, from McGill University. Her paper “Saving Astronaut Who?” was accepted by the GLEX 2021 conference and later published on the IAF’s Digital Library. After graduation, Conghui went to Rome and worked as an intern at UNIDROIT  researching the Space Protocol of the Cape Town Convention.

Gabriel Evalsam Lyster is a student of the Faculty of Law, University of Uyo, Nigeria. Currently a group lead at the University of Uyo Law Clinic; Director of Academics and Programs of Ime Umanah Chambers; and President, Christian Law Student Fellowship of Nigeria.

An avid learner, with a keen interest in Technology, Robotics, Space, and the Law of artificial Intelligence. He has Contributed to the growth of organizations at various levels.

He has participated in a number of local and international debate and Moot Court Competitions with a certified skill in legal advocacy.

He has done a Postgraduate Diploma in Air and Space Law from Jamia Milia Islamia college Central University of India. He completed a postgraduate diploma in International business operation and Master degree in commerce.

Rahul has a keen interest in space law and I give all credit to Dr. Carl Sagan for prompting his interest in space the precious world of Dr Carl Sagan echoed in his ears: “ The Cosmos is all that is or was or ever will be. Our feeblest contemplations of the Cosmos stir us there is a tingling in the spine, a catch in the voice, a faint sensation, as if a distant memory, of falling from a height. We know we are approaching the greatest of mysteries of the Universe.”

Pablo Treviño is a third year student pursuing his Law Degree at UDEM, in Mexico. Born and raised in Monterrey, he has a keen interest in the field of Public International Law.

Pablo became a space enthusiast not so long ago, and has since aspired to practice law in the field. He’s an active member of SGAC’s Space Law & Policy Group, as well as the International Legal Honor Society of Phi Delta Phi.

He enjoys reading, watching sitcoms and spending time with his friends. He also likes to do volunteer work, and is currently working as a middle school student counselor.